In Slovakia, during the weekend of 31st October to 1st November there was the first round of a massive COVID-19 testing of the whole nation arranged by the Slovak government, which touched all citizens between 10 and 65 years of age (with some exceptions.)  The second round on 7th and 8th November was done in just the places with the highest number of positive tests from the first round.

Our 10 sisters were involved in the testing as volunteers, 6 of them as health care professional staff and 4 in administration. They worked at several testing places throughout Slovakia; in Bratislava, Prešov, Lučenec, Jarovnice, Ružomberok, Stará Ľubovňa and Košice. This was a great experience for them, of giving human support and also of spiritual unity. We would like to share with you some thoughts from our participants in this project:

Sr.Virgínia was a health care professional volunteer in Košice, the second biggest city of Slovakia. She did 500 tests daily. She wrote: “It required an enormous effort, fighting exhaustion, with lack of sleep… which was a “tax” on my energy for my two days of responsibility and medical service. But besides that, it was a great, enriching experience. There was joy in my heart as I served with love the people who came to me.”

Sr.Vita was a health care professional volunteer in Stará Ľubovňa, a north-eastern Slovakian town. She said: “Our community in Stará Ľubovňa also contributed to the massive testing either through direct service on the testing team, but also through the support of prayer and by providing “homemade” cake which gave great pleasure to the testing team, during their lunch break. This was one way to show our gratitude to all our benefactors.

We ask that all our service be to the glory of God, whom we seek in everything, in the Spirit of our Foundress – not knowing what we will be called to do, whether it will be by doing the testing or by preparing the refreshments or by being in  quarantine because of the disease.”

Sisters Silvia and Ráchel from the community in Jarovnice also helped as administrative volunteers testing mostly Roma minority people. (Jarovnice is a village with more than 8 000 Roma people and it is the biggest Roma settlement in Slovakia.) Our sisters were there to encourage these people and help them to manage the situation.

Designing a process to prepare for General Congregation 2020 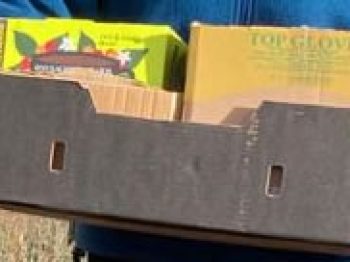 Food to the Food Bank 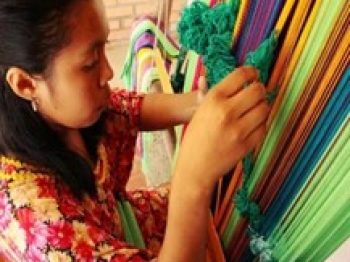 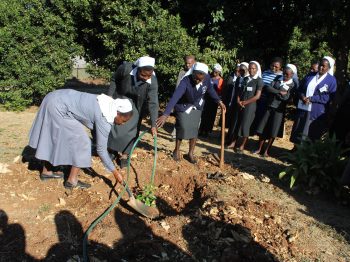