In the wider world, before the pandemic, 734 million people lived in extreme poverty, 690 million people went hungry, and 79.5 million people were forcibly displaced. For these people life was not really working. Do we want to return to this ‘normal’?  Global warming, known about for decades, but not responded too adequately, was already pushing at the dangerous level of 1.5C before the pandemic took our eye off it. If we ‘return to normal’ will we continue to put planet earth ‘our Common Home’ on an irreversible trajectory? Is this to be ‘the new normal’? During the pandemic other creatures on the planet have enjoyed an anthropause by moving into the space and quiet that normally noisy humans, along with our polluting vehicles, occupied. Humans noticed nature as they walked around the countryside enjoying the simple pleasures of creation and breathing fresh air. Do we want to go back to the ‘normal’ of polluted air, noisy traffic, and irreversible global warming?

Now, surely, is an opportunity to ‘prepare the future’ as Pope Francis has called us to do. He did not say ‘prepare for the future’ which would have meant a future determined by others, but invited us to think and pray deeply about a future with changed values. A future that recognizes the need for greater justice and care for all creatures – human as well as all other living things. The pandemic has given us a chance to do it.

We have discovered, and will no doubt go on discovering, just how fragile society and its systems are. Even in the richest countries our health systems have almost collapsed; our food chains have come under severe stress; job markets have evaporated. Do we want ‘to return to normal’, or to prepare the future? For this we need resilience and sustainability for health, society and the planet. Mary Ward sisters are called to be resilient. Maybe we can witness to this by helping to ‘prepare the future’ rather than yearning for a ‘return to normal by Christmas’.

‘This is what Yahweh asks of you, only this; to act justly, to love tenderly, to walk humbly with your God (Micah 6:8) 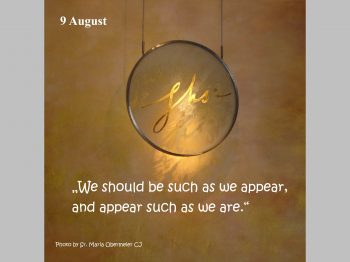 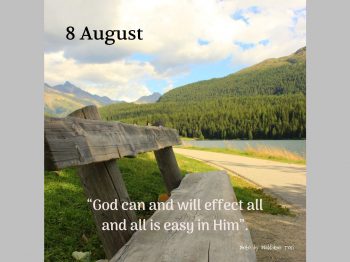 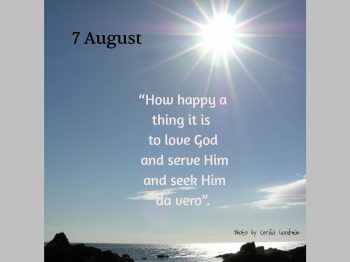