St Lawrence School reaches out to the Poor at Jurakhankheda, Unnao

‘When a poor person dies of hunger it has not happened because God did not take care of him or her but because neither you nor I wanted to give that person what he or she needed “. St. Mother Theresa.

Challenged by these words St. Lawrence School embarked on an endeavour to alleviate the pain of the suffering in our locality. The Principal along with the staff worked tirelessly to plan and execute this noble task in a meaningful manner.

It is indeed a joy to say that all the teachers volunteered to contribute their mite to this charitable activity. For example; each teacher willingly gave three days’ salary and some contributed their 5 day’s of salary.

As a team, the school planned and agreed to help out the people. A team of eight members was chosen to carry out this noble project. The task of collecting the provisions, unloading them atthe school, packing them into the manner required was a herculean effort which was joyfully done by the team. The package distributed contained the following items:

We the sisters from SMC-32 were eager to reach out to distribute provisions for almost 100 families with the help of the local administration.

Rajapur area is full of people who are economically very poor. So we tried to reach out to them in small ways. In three phases rations were distributed to three groups of people – Poor families around our locality, Asha Deep students’ family and Migrant workers.

Mr  Munnabhai , our  neighbour, helped us to  locate the  needy  people  and  helped  us with the  distribution . We helped to almost 300 families.

With  the  amount  saved from  our Lenten practice  we were  able to  help  5 families.

Through the  newspaper  and electronic  media  we  were in  touch with the  happenings  of the  world. Because of this we had enough concerns to bring to the Lord during our prayer as well as at table during meals. This sharing helped us to feel compassion and solidarity with suffering humanity.

We had  some  extra  physical  exercise as we  planted  some  vegetables  in  the  flower  pots,  on the  ground and on the  terrace. We are  happy to  see  that  these  plants  are growing  well  and  are looking forward to enjoying the  fresh  vegetables and fruit of our labour.

SMC- Kanpur community took the decision to help the very poor families around with essential provisions. Many families of our Mary Ward students are extremely poor and they were helped besides other poor families.

Sr. Divya was able to procure the needed provisions through some of the parents who own stores. We distributed the packets to the first group on 4th May and to the second group on 9th May, as well as special cases as the need arose. The entire community took part in packing and distribution.

All in all God is good; life brings new graces wrapped in experiences both pleasant and painful

COVID-19: AN INVITATION TO SPIRITUAL AWAKENING 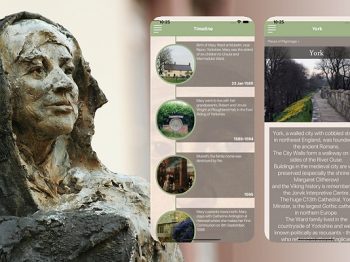 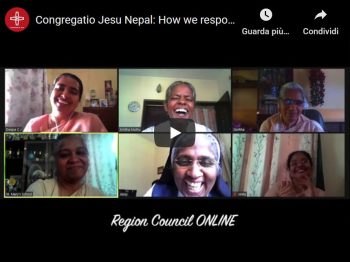 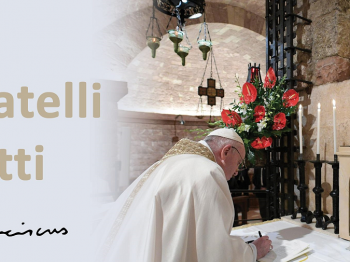